Our Journey Through Cancer | Strength & Courage 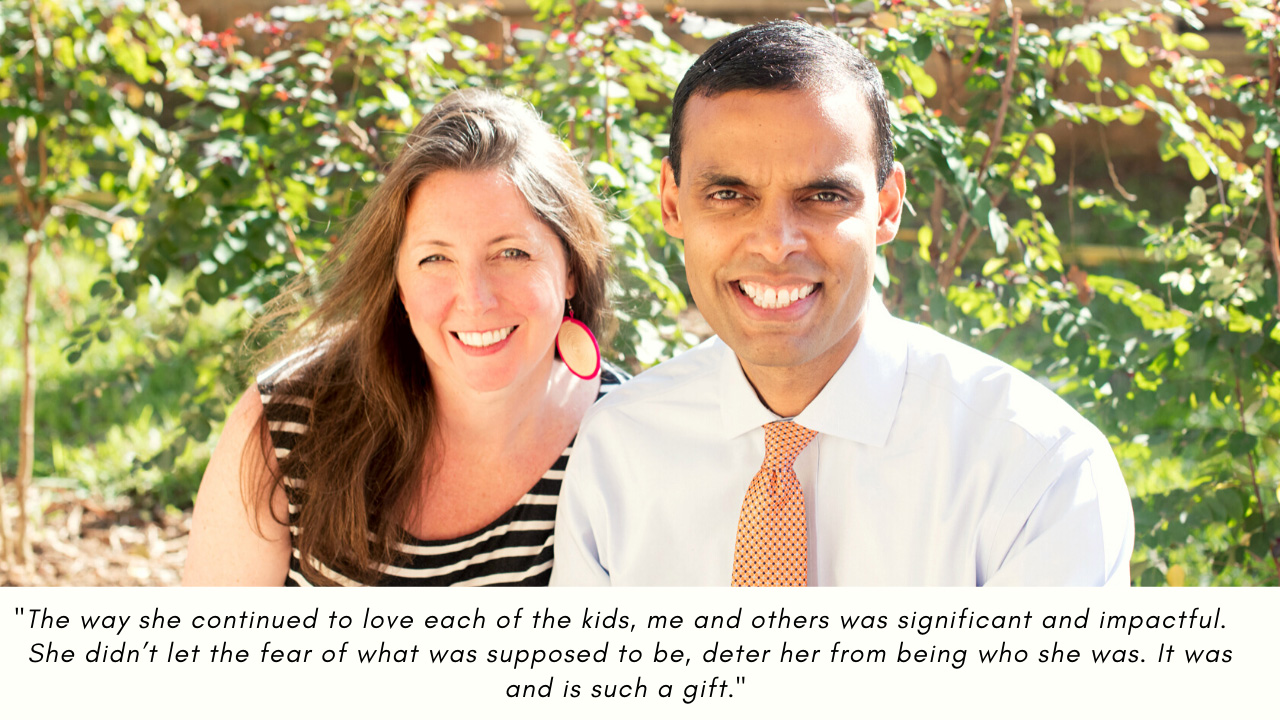 These were words that the doctors and nurses used to describe my beautiful wife, Susie, after her 7-hour craniotomy in 2012. From her I learned strength and courage in trying times.

Here’s what you must understand: my wife would never have used those words to describe herself (except during her high school basketball days).

In 2012, at the age of 32, my wife was diagnosed with a brain tumor when she was 14 weeks pregnant with our youngest.  The tumor was large, about the size of an American baseball.  The tumor was cancerous, stage 3, with a 100% recurrence rate and zero cure.  The treatment came with difficult side effects - nausea, tiredness and hair loss.  Susie will tell you losing part of her hair was hard, but not as devastating as the moment when she was told she couldn’t drive.

“The situation was bleak, dire, and beyond hard. Yet, in those months, Susie and I experienced joy, which I attribute this much more to her than to me.”

We were told with the type of tumor that Susie had, that she would have a short season of health, maybe 18 months, and then 9-18 months after recurrence where she would decline and eventually pass away.  The situation was bleak, dire, and beyond hard.  Yet, in those months, Susie and I experienced joy, which I attribute this much more to her than to me.  For the past 8 years, I’ve enjoyed a front row seat to witness how she has lived.  She has approached every day with joy, with love -- and with strength and courage.  The way she continued to love each of the kids, me and others was significant and impactful.  She didn’t let the fear of what was supposed to be, deter her from being who she was.  It was and is such a gift.

I thought she was crazy.  On the first day of radiation, which was only 3 weeks after Annie was born, she told me she wanted to live back overseas.  I definitely thought she was in denial of what her prognosis was, and maybe she needed something to distract her.  I tried to scare her out of it by saying North Korea would be an option I would consider, but she kept moving forward.

A few years later, we started our journey here in Kigali.  I have to say that these have been among the happiest years of our life.  We’ve seen God heal Susie, experience so many great lessons from this incredible country (more to come in post 3), and learned to trust God for the impossible.  This trust has included her healing, dreaming about what KICS’s future will look like, and launching B2THEWORLD to ensure every child in every country recovering from war can receive a world-class education.

The future will undoubtedly hold more trying times. Susie and I are committed to facing them with strength and courage.

Who in your life is living with Strength and Courage?  What are the lessons you are learning from them?